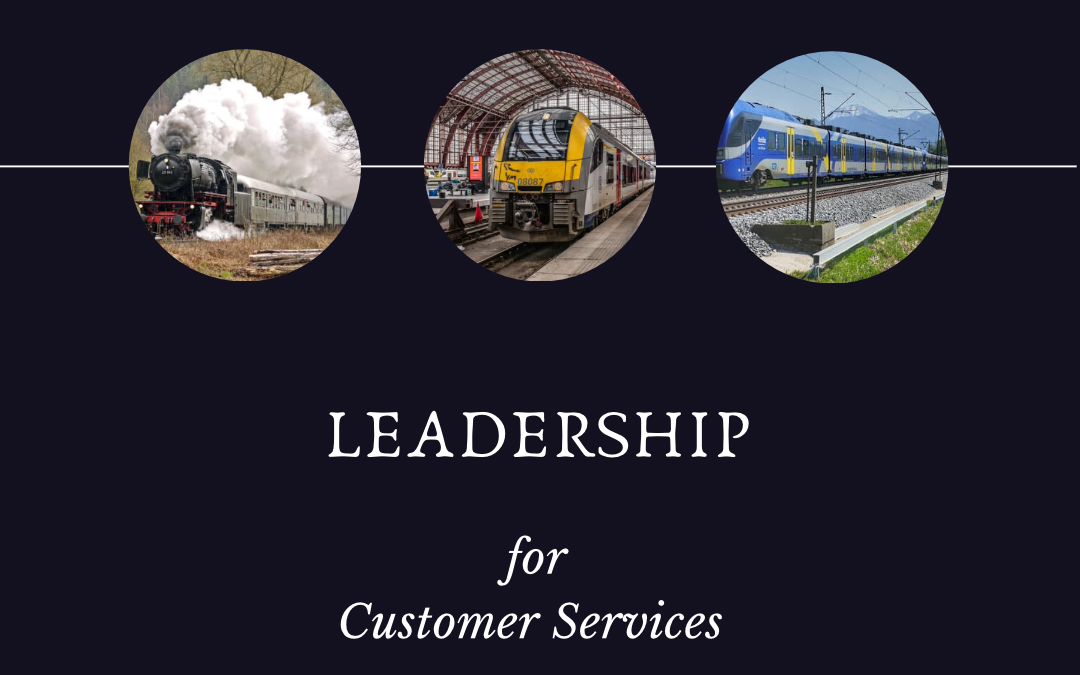 This weekend was an annoyance of train journeys: one lost bag and a customer refusing to get off, a pulled emergency handle and a train stuck in a tunnel, a jamming of doors and a train stuck at a platform…. and so it went on. But what stuck in my mind was the different styles of leadership shown at Carmarthen station…

Following the ‘refusal to get off’ a kerfuffle ensued, involving security staff, a lady in curlers and a train that just wouldn’t go. It transpired that the driver had gone past his allotted driving hours, and that was the end of that.

During the passing hour whilst waiting for the next train, two Transport for Wales staff caught my attention….

The first seemed to be the senior person in charge at the station. He announced over the tannoy that there had been a security incident, he’d rung head office and they could offer him no help. He had no idea if busses were coming or what would be happening next. Around 15 minutes later, the same man then walked along the platform, past another waiting passenger and I. As he went by, my fellow waitee said, “Will you be making an announcement?”. His reply? “Madam, I have nothing else to announce!”, in a tone that would have offended the happiest of customers.

The second, I think might have been a member of staff from the train, with his bag and coat over his shoulder, checking on colleagues as he made his way out of the station. He replied to every person that spoke to him, answering the same question over and over, courteously, non-judgementally and as helpfully as he could.

The different leadership styles shown by both in a situation that was clearly not commonplace, were stark. If I’d have captured them on video, they’d have made an excellent ‘how not to/how to’ training module.

My reflection of what I heard and saw…

To the tall guy with short dark hair, leaving Carmarthen station on Friday about 7pm in a TfL uniform carrying a rucksack, coat and big bottle of water, thank you for your compassion and helpfulness. It made the hour’s wait much better!